Where next for today's Digital Nomads?

Can the world get any smaller for today’s Digital Nomads?

You've heard the one about Maslow's hierarchy of needs, right? There are a couple of different riffs on the same joke but the punchline is always the same. Humans need Wi-Fi to survive now.

It's coming up to ten years since the introduction of the first iPhone and the beginning of the smartphone revolution. Ten long years and the early promise that these devices would free us from the grey daily commute and banal office banter is finally coming true. In the US today, 30% of workers are freelance. By 2035, it's predicted their percentage of the workforce will rise to more than 50%.

A new generation of workers - digital nomads - are harnessing the power of mobile and instagramming their way to a new kind of productivity; free from employers, property, belongings and stress. And in their kiteboarding wake, our collective attitudes to work and life are shifting.

Even our relationship to place is being made anew. In many ways, London today feels closer to Shanghai or San Francisco than it does to Newcastle or Birmingham. The world's mega cities increasingly share the same culture, the same company headquarters, the same infrastructure challenges and the same people. 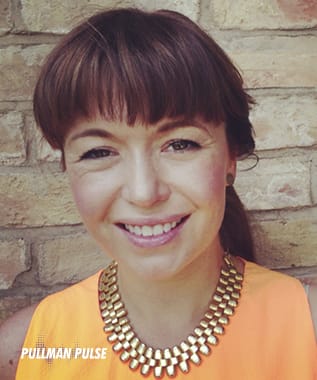 A growing legion who join the dots on the world map with their flight paths - a creative class flitting between cities and scenic retreats, their digital skills ever in demand wherever they go. Belonging everywhere and nowhere at the same time. United less by their places of origin than by their choice of operating system.

Generation Rent shrugs like Atlas at the ever more remote possibility of home ownership as it drifts away on a rising tide of student debt and gentrified house prices. All the better to take advantage of the ever decreasing cost of flights. After all, why buy a car when you can Uber. Why cook when you can Just Eat. Why commit when you can Tinder. Why work when you can vlog.

With every increase in internet speed and connectivity, the world gets smaller and new experiences more curatable. You can hot desk from base camp at Everest. Run a global online retail business from an Ayahuasca retreat in the rainforest. Make a living from your Instagram feed, documenting your #digitalnomad #life #livingthedream.

Early humans were nomadic. Perhaps it's our natural state and the rise of the digital nomad our millennial return. Equipped with the defining tool of our age - the smartphone - many are leaving ten thousand years of materialism behind in favour of joining a new tribe: hunter gatherers of experience not things.

Pieter Levels is maker of Nomad List, a site that lets nomads find the best places to live, work and meet. "Experientialism is definitely one of the big reasons the digital nomad trend is taking off," he says. "People today want to explore the world and meet people from different cultures. Just an IKEA table and a TV isn't going to cut it any longer."

So if materialism is sliding away from our sense of self and being replaced with experimentialism, could there be associated benefits for the planet? Cynics point to the carbon emissions of our increased air travel as we search for new experiences, but James Wallman, author of Stuffocation and founder of think-tank The Future is Here, sees Digital Nomadism as an agent of dynamic and positive change.

"I'm amazed at all the fuss over air travel," James says. "Roughly 5% of carbon emissions are down to travel. That's absolutely dwarfed by the impact on our planet of global materialism. 95% of all consumer goods six months down the line become rubbish. Our materialist system is not good at producing consumer goods, it’s good at producing rubbish. Any movement that takes us away from valuing material goods and instead values experiences is environmentally sound - even one based on air travel and Instagram."

But what impact does the Western digital diaspora have on host nations – especially those with developing economies? Youjin Do is a film-maker making One Way Ticket, the world's first documentary about Digital Nomads. "While making the documentary, I have been thinking whether this movement is spreading wealth to developing countries or whether it's a new form of gentrification," says Youjin.

Looking at the demographics of the Digital Nomad tribe, it’s clear the traffic is largely one way. "Most digital nomads are from well developed countries and have amazing visa options,” notes Youjin. “A digital nomad with a European Union passport can for instance get a lot further than a Vietnamese one who faces the huge possibility of their visa application getting rejected."

The smartphone may have disrupted the way many people live and work and may even be reshaping our value systems, but global inequalities remain largely in tact. The media debates whether we should call the millions fleeing war and poverty "economic migrants" or "refugees". Many carry with them the lifeline of a smartphone but no-one classes them as #digitalnomads. The hashtag is not just about how digital or how nomadic. It is also implicitly about how privileged.

I'll be talking about the rise of the Digital Nomad at Pullman Pulse - a series of talks hosted by Pullman London St Pancras on Wednesday 11 May at 6.30pm.

If you'd like to request an invite, please email h5309-sl@accor.com