The gym of the future

News - Technogym the gym of the future

What has changed and is yet to change in our daily exercise routine? Fitness market pioneer technogym, a gym equipment manufacturer and official supplier of the pullman hotel fitness centres, has conducted a thorough research on the subject to better understand the sports habits and attitudes of the millennial generation. And there is little doubt those under 35 do not abide by the same routine as their elders. We let the figures speak. 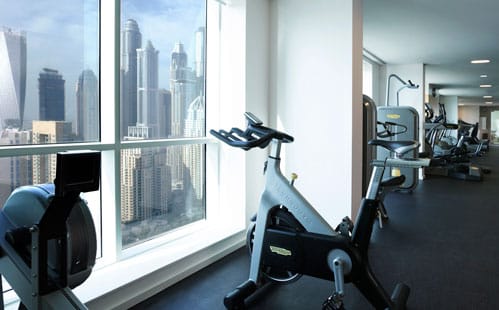 Whether they are born in the late 1960s or early 1980s, the Generation X and the Millennials agree on at least one point: Health comes before appearance. As for the favoured equipment, even if older adults have a clear preference for indoor cycling, the number one sports equipment, regardless of gender or generation, remains the "smart" treadmill.

So, what fundamental change has shaped the "under 35" fitness routine? Commissioned by Technogym, a new independent study of 5,000 Americans aged between 14 and 34 draws up a typology of the young athlete of today and tomorrow. Generally speaking, a little more than half of the respondents rated their physical shape as “good” or “excellent.” 90% stated they usually exercise 4 hours a week, admitting they would like to push it to 6 hours. What motivates them? For 75% of this age group, health is key to achieving overall wellbeing, while appearance is equally important for 70% of the surveyed group.
One of the survey’s most significant revelations is that Millennials do not exercise alone, focused and in silence, but rather, they address sports as a way of engaging in fun and open activities with each other. Instead of working out alone, they seek out group sessions and enjoy sharing their performances with their followers on social networks. According to the study, 77% like to sweat while listening to music, 39% while watching videos, and the same percentage share their performances on the social networks.

In closing, the study delves into the possible evolution of sports practice in the years to come. 40% of the young respondents “plan to use wearable tech for fitness purposes,” which is assessed to increase the use of mobile sports and wellness applications by 20% in the next two years. Furthermore, 72% “would like to be able to track fitness data whenever, wherever.” Finally, in the wake of connected fitness, comes interactive virtual fitness: certainly an assumption to be made from the 22% Millennial athletes who “would like to compete with others virtually.”