RICHARD BELLIA has a knack for being in the right place at the right time. He was born in France in 1962 and, because he was a rock fan, the right time was the beginning of the 1980s and the place was London. Many of his best pictures were first published in Melody Maker and other music magazines. Today Richard Bellia’s prints hang in art galleries and private collections, and his work has been collected in several bestselling monographs. He lives in Lyon and continues to shoot with his Hasselblad – only film; digital has never managed to hold his interest. He says one of his proudest moments happened when he ran into a friend in the street a few days ago. The friend had Bellia’s Joe Strummer portrait tattooed on his leg. And now he just needed to add a tattoo of Bellia’s signature. The two reached an agreement: the tattoo artist will ink the signature, and Bellia himself will be on hand to dot the i’s. 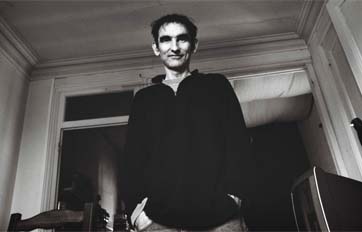 Richard Bellia’s work is on display at the Pullman London St Pancras hotel, and a selection of his images are a permanent part of Pullman’s contemporary art collection.