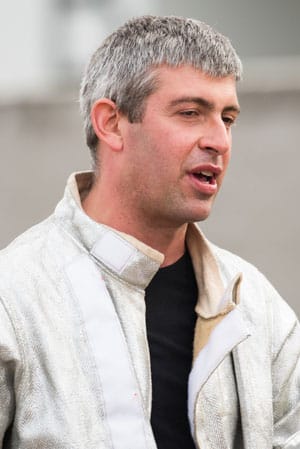 Harbouring a fascination for the potential of industrial processes, and what happens when they go awry, Raphael Hefti manipulates and transforms materials, objects and substances, playing with fire to fashion molten metal. Staging performances worthy of a modern-day hephaestus, he choreographs dramatic transformations, producing sculptures and images that can only be described as unpredictable, unexpected, poeticº

It will come as no surprise to learn that this Swiss artist-performer, born in 1978, has been trained in electromechanics… Part alchemist, part mad scientist, Raphaël Hefti plays around with glass, iron and photographic paper, subjecting them to intense experimentation in a radical and participative form of art: his exploration of materials, pushed to the extreme, is always performed in conjunction with scientists, engineers and workers… often in an industrial setting.
Born in the watchmaking city of Biel, Hefti initially studied photography at the Ecole Cantonale d’Art de Lausanne (ECAL) before going on to graduate from London’s Slade School of Fine Arts in 2011. His early experimentations focused on photographic processes, creating intriguing photograms with the help of Lycopodium spores, or "witch powder", traditionally used in pyrotechnics and homeopathy…
The artist, whose works have been exhibited all around the world, is also one of the co-founders of an artists’ collective known as Library +. His approach is based on uncertainty and surprise: "a mixture between control and casualty. The objects themselves are not that important; it is more about the process, the experimentation and experience”, he explained in an interview with Dazed magazine. 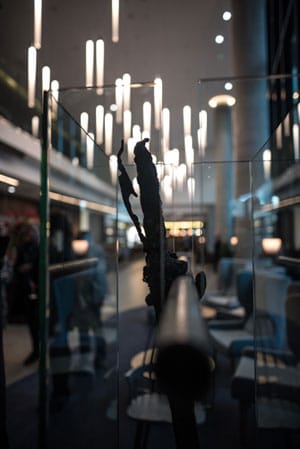 CREATIVE FUSION
To mark the opening of the Pullman Liverpool in May 2016, the artist and his team took to the Liverpool docks to perform a spectacular live casting of a sculpture, employing a thermite welding technique originally developed to mend rail tracks – a perfect tribute to the city’s prestigious industrial and maritime heritage.
A crowd of spectators watched with bated breath as lava-like flows of molten metal poured down an 80-tonne pile of sand, a process that was also filmed using a high-definition camera capturing 2,000 images per second, simultaneously creating a unique work of digital art.

Discover the exclusive interview of Raphael Hefti in the 4th issue of the Pullman Magazine, available at every Pullman Hotels & Resorts, or on AccorPressReader, the digital press service for AccorGuests.