When I was first approached by Pullman, I naturally thought of the brand’s reputation for trains and its identification with the belle époque of travel, the 1930s. But when I began to work on Pullman’s brand iconography I discovered something very contemporary, very dynamic. I flew from Paris to the Pullman Bangkok King Power and the Pullman Bangkok Hotel G. I photographed people, architectural spaces, details, the typical references a hotel chain needs for its corporate identity. At the same time I was taking photographs for myself. I was inspired by the space, which was modern but elegant, with lovely architectural references. 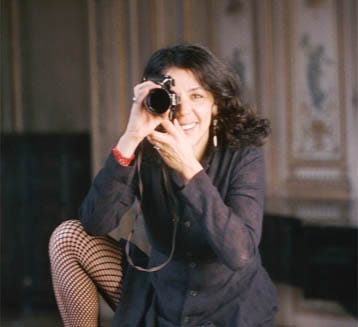 SHOWING THE SOUL
The work got progressively more personal. I played with the lighting, shif ted to mainly natural light. I played with the tones, the colours, and the focus. I wanted to capture the ambiance, the elegance, the timelessness of the space. I took the staff and set them up in various situations. I wanted to show the soul of the space. My imagination was set free and I got very inspired. We ended up with photos that look Nothing like typical hotel-chain images. Pullman’s vision is about living your own journey, and that’s just what they let me do. The journey continued when they asked me to participate in the Pullman Artnight event in the Pullman London St Pancras. I exhibited a personal project I had just started working on, a series of portraits of couples surprised in an intimate moment.

ATTENTION TO LITTLE THINGS
What I most appreciate about Pullman hotels and resorts is their vision of comfort, the harmony of colours, the geographical choices they make, like the placement of a window and the views outside. They pay attention to the little things that matter when you’re travelling, like big beds and wonderful memory foam pillows. I grew up in Paris near Bastille, in a big apartment with wonderful, Haussmann-style architectural details.

As a teenager I loved walking through my home and analysing individual elements – how the light looked hitting a particular door, or the view from a certain window at a specific time of day. My uncle was a painter, so maybe I inherited this visual sense from him.
I also loved cinema, a passion I shared with my father. I was very influenced by Hollywood. I would look at certain sequences and then go home and reconstruct the scenes. Or I’d invent my own stories and get my girlfriends to help act them out. We’d get together on weekends, create sets and act out the scenes. I would take pictures. The following weekend we’d get together and disappear into the darkroom to develop the pictures. We’d watch as the images appeared. The magic of the darkroom! That’s when I understood the magic of image.

DARKROOM MAGIC
I did not want to see the work of other photographers, because I did not want to be influenced by them, so I just did my own thing. But at the age of 14 I met the photographer Dominique Issermann. She was very supportive of my work and encouraged me to continue. Two years later, she asked me if I’d be willing to take head shots for actors. She had gotten too busy and had to concentrate on other things. I was very intimidated, but I said yes. So I found myself at age 16, in my last year of high school, studying for my Baccalaureate during the week and shooting actors on weekends. After I graduated I began to study cinema. I met some agents who sent me more actors to shoot. By the time I was 20, there was a six-week wait for a headshot. It was a fantastic time. The actors would stop by in the evening to pick up their photos. We’d have a drink, and that usually turned into a party. People were always over. I have always wanted to make movies. Recently the actress Fanny Ardant approached me with a short story by Pushkin. It’s set in the late 19th century, in snowy Russia, and speaks of love. All the things I like. We just finished making a short film of it and I loved the entire experience. It’s as if my photos came to life.

BY CAROLE BELLAÏCHE / BASED ON AN INTERVIEW WITH TANIS KMETYK